Modernity and transduction is a series of radio podcasts based on a very simple technological principle, a principle that serves as the foundations for a large part of our current listening culture. Transduction is that which enables the recording, reproduction and conservation of sounds.

Transduction is happening when a sound or vibration is transformed into electricity, or vice versa. A sound moves the membrane of a microphone and turns it into electricity. An electrical impulse moves the membrane of a loudspeaker and turns it into sound. This simple principle is present in almost all the music and sound we have listened to over the past decades: music and information are mediated by electricity. The radio, concerts, the news, even some street musicians, all work with amplification because it is an essential part of our sound and musical language.

The history of music and sound art has developed parallel to the expansion of electricity in very different terms. Electrical instruments were decisive in the orchestras that introduced new timbres in music, but even more revolutionary were the uses of radio as a means of expression, the synthesis of sounds using analogue and digital processes and the advances that allowed “real” sounds to be recorded in order to build or create new sound realities.

If we think about the history of sound in a broader cultural context we find the use of the voice as a political tool with particular strength since the 1930s, telecommunications that have now reached paroxysmal proportions, the possibility of macro-events such as rallies and concerts, and the dissemination of information through the media. Nowadays however these large collective events fall somewhere between an anecdote and a catharsis, because the distribution of culture is increasingly focused on small, separate spheres fitted with screens and earphones.

The use of electricity appears to have no ideology, everyone uses it and everyone thus shares in its main characteristic, that of trying to engage in global communication, something that generally seems to involve more people listening to the same music, the same signal, the same words, all at the same time. Extending the voice and music to the highest number of people is today presented as the key to extending authority, finding success or feeding hopes for change. Let us think for a moment what things such as a microphone, a megaphone, a loudspeaker suggest to us. It is the relationship of one with many others.

Not everything is this way, of course. This space has opened new transnational peripheries, peripheries of taste, of style, of identity and of genre. All of these transductions, all of this electricity, are in our space but they create a different geography.

The space is crossed by radio waves, copper wires, optical fibre; a geography that far from being free is constrained by the same cultural or ideological conditioners as that “reality” we perceive with naked eyes and ears.
In this geography voice and sound travel at another speed, they resound at another scale, another volume, they cover other distances. But the questions might still be the same. What maps do they generate? From which places are the voices, concerts, proclamations directed? What spaces or geographies create these relationships between one voice and many others? What happens if we think about this infinite network of relationships taking into account its structural principles?

This series of podcasts looks at transduction with the hope of being able to think historically about these social, aesthetic, ideological and geographical relationships. But not using a history based on artistic genealogies, about what or who came first and who invented this or that, but rather using this structural point that lies at the root of so many things. All these premises, however, are not intended to lead us to lofty objectives. The hope is simply that experimenting with this principle may tell a different story, or no story at all. 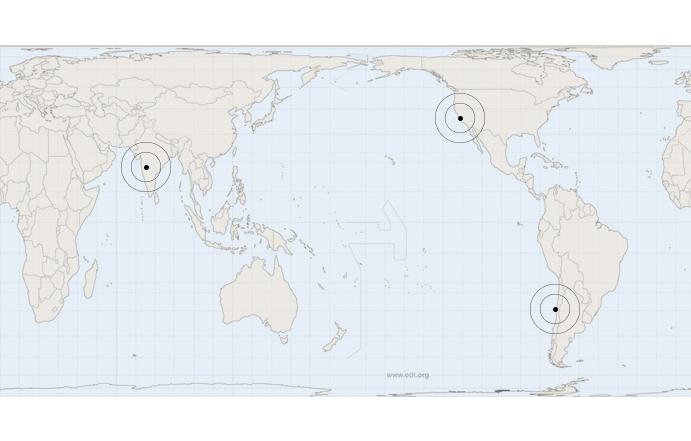