The Well Tempered City: Book II is a piece developed by Budhaditya Chattopadhyay as a commission for Museo Reina Sofía Radio coordinated by María Andueza. It is part of a series of podcast entitled Modernity and transduction. The Well Tempered City: Book II looks at the concept of transduction in relation to the Indian city of Bangalore and also at the concept of hypermodernity. The work, which involves a listening mediated by the use of electronic devices, transduces the vibrations produced by interaction between citizens and the city’s architecture into sound sequences. This creates a texture of sounds that as it progresses becomes denser and richer in variations. Listening to this piece’s transformation of vibrations into audible sounds reveals a whole spectrum of transfers of individual activity to urban space. Something like an artificial respiration of the context, the presence of citizens in The Well Tempered City becomes the impulse that gives life to architecture, which as a living body responds with slight movements that convert the city into a vibrant and geological structure. The artist that interrogates the city, Budhaditya Chattopadhyay, does not listen as much to individuals as to the surfaces on which the memory of the individuals is fused, amalgamated, as if diluting the identities in favour of a collective sonority of the urban setting. In the case of Budhaditya Chattopadhyay’s podcast, it can be understood as a link that facilitates hyperreal communication with the physical, social and cultural context.

Budhaditya Chattopadhyay is a sound/media artist and scholar working between India and Europe. His work encompasses field recording, electroacoustic and acousmatic music, sound/audiovisual installation, and composition for solo and collaborative live performance. Chattopadhyay’s sound work appears on various albums on renowned labels such as Gruenrekorder (Germany) and Touch (UK) among others. He has received several residencies and awards, notably an Honorary Mention at PRIX Ars Electronica 2011, Linz. Appearing in numerous exhibitions, concerts and sound/new media festivals, Chattopadhyay’s sound-works have been exhibited, performed or presented among others in Transmediale, Berlin; Akusmata, Helsinki; CTM, Berlin; Errant Bodies, Berlin; CPH PIX, Copenhagen; Hochschule Darmstadt, Dieburg; SoundFjord, London; Deutschlandradio, Berlin; Institut für Neue Medien, Frankfurt; Overgaden, Copenhagen; and Nikolaj Kunsthal, Copenhagen. Chattopadhyay has extensive publication in the area of sound art, post-digital media, film sound, listening and sound studies in leading peer-reviewed journals such as Organised Sound, SoundEffects, Journal of Sonic Studies and Leonardo Music Journal. Chattopadhyay has graduated from the national film school SRFTI in India specializing in sound recording, and received a Master of Arts degree in new media with a dissertation in sound art from Aarhus University, Denmark. Chattopadhyay is currently based in Copenhagen working on his PhD in cinematic sound studies at University of Copenhagen. This piece forms part of a series about transduction understood to mean the mechanical, electrical or digital process that converts sound or vibration into something so that that something can then be turned back into sound. This something might be the groove on a vinyl record or an electromagnetic impulse, and it allows us to capture, conserve and reproduce the sound. These three processes have led, in some cases, to the emergence of new tendencies in sound art and other forms of music. But, at the same time, this mechanical process has also been a model for describing our auditory apparatus and with it our entire listening culture.

This series of podcasts analyses, in each case, some of the media, mechanisms and discourses by which transduction occurs, placing emphasis on those spaces in which sounds move, this being another thing to transduce. These spaces have been designed and analysed as geographies themselves, closely related to ours, the one we accept as real. In the case of Budhaditya Chattopadhyay’s podcast, it can be understood as a link that facilitates hyperreal communication with the physical, social and cultural context. 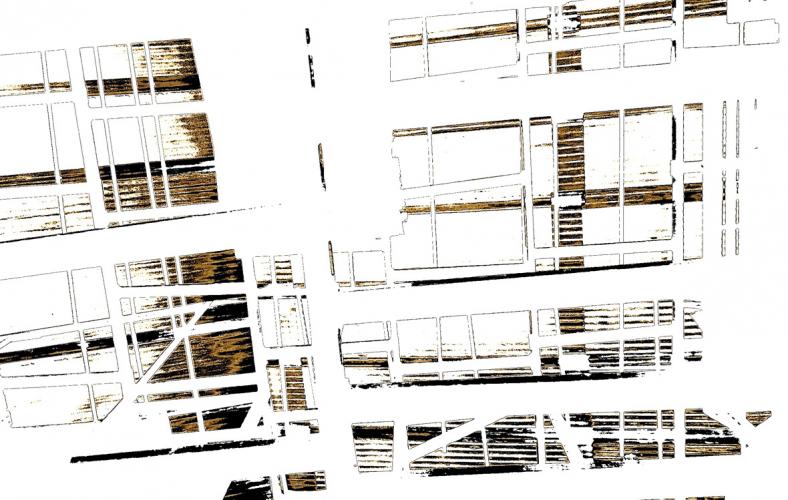