Incidents in the ether is a piece developed by Myke Dodge as a commission for Museo Reina Sofía Radio coordinated by Rubén Coll. It is part of a series of podcast entitled Modernity and transduction.

“For thousands of years our thinking has been based on seeing. Then, suddenly, the electrical wave came upon us like lightning, the unseen. Incidents in the ether that remained secretive and mysterious because we couldn’t see them suddenly became unraveled by our ears. Another of our five senses is taking over, and we have to switch from the eye to the ear.” - Christian Gerlich, 1925.

This piece was composed as a response to, and an expansion of, the idea put forth by Gerlich nearly a century ago. Incidents in the ether is a sonic consideration of the ways in which the innovation of radio changed how our perception of space in the physical world. Not only was it now possible, through radio, to receive sounds from far beyond the sphere of our ordinary hearing, but these waves likewise barraged us physically in the form of electromagnetic energy. Radio became the mechanism by which we translated these “secretive and mysterious” waves into human speech and sound. Now, just as it has always been possible to hold both salty and sweet tastes simultaneously, we could now intermingle the ambient sounds of our immediate world with the constructed and programmatic sounds of the radio broadcast. This intersection forms the basis of Incidents in the ether, wherein I mix field recordings from various parts of the world (Bulgaria, Mali, the United Arab Emirates, Yemen) with radio broadcasts recorded in those same places. The piece opens in a rainstorm over a cafe in central Bulgaria and introduces the bleed of radio waves into the physical space; the listener is then taken into radiophonic space and out again into various environments around the globe.

Myke Dodge Weiskopf, Los Angeles, CA, September 2014. The sound piece is complemented by a text by the researcher Andreas Fickers: On radio dials, mental maps and imagined topographies. Although the text focuses on the emergence of radio during the first half of the 20th century and looks only at the Western context, its approach based on cultural studies is in consonance with the journey through the ether proposed by Myke Dodge Weiskopf. In both works it is evident that, thanks to electromagnetic waves, the simple act of listening to the radio becomes, in Fickers words, an exercise in "symbolic appropriation of the world." Myke Dodge Weiskopf is an award-winning radio producer, field recordist, broadcast artist, multi-instrumentalist, and songwriter based in Los Angeles, CA. He is the founder and producer of ShortWaveMusic, a global sound series which aims to preserve the sound of regional and international broadcasting around the world. He travels the world to capture rich and evocative sonic landmarks and soundprints, including ritual drummers on the archipelago of Socotra; pre-dawn calls to prayer in rural Mali; the haunting sounds of train horns in the California desert; unique folkloric singing in the mountains of Bulgaria; and more. His sound-art work has been featured in galleries and experimental broadcasting platforms in Berlin, Prague, Stockholm, Copenhagen, Estonia, New York, Chicago, Baltimore, and beyond. This piece forms part of a series about transduction understood to mean the mechanical, electrical or digital process that converts sound or vibration into something so that that something can then be turned back into sound. This something might be the groove on a vinyl record or an electromagnetic impulse, and it allows us to capture, conserve and reproduce the sound. These three processes have led, in some cases, to the emergence of new tendencies in sound art and other forms of music. But, at the same time, this mechanical process has also been a model for describing our auditory apparatus and with it our entire listening culture. This series of podcasts analyses, in each case, some of the media, mechanisms and discourses by which transduction occurs, placing emphasis on those spaces in which sounds move, this being another thing to transduce. These spaces have been designed and analysed as geographies themselves, closely related to ours, the one we accept as real.

This podcast by Myke Dodge is one of a series of three, which explores the concept of transduction as a key process for radiophonic transmission, revealing its importance for reconfiguring the world in which we live, in that it constitutes an example of a pioneering medium capable of transforming the relationships between local and global imaginaries. 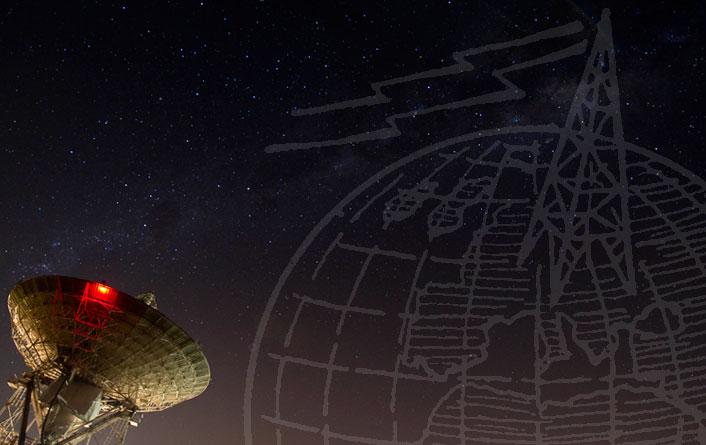