As part of the exhibition series Fisuras, the Portuguese artist Leonor Antunes (Lisbon, 1972) proposed a sculpture installation for one of the rooms in the Museum based on her research into the pavilion that the architects Corrales and Molezún designed for the Brussels World’s Fair in 1958. In the interview she gave to RRS. Radio del Museo Reina Sofía, the artist talks about the concepts of sculpture, space and proportion that comprise her work, at the same time revealing a more expansive process of work and research.

The installation is made up of several elements organised around the hexagon, the central element in Corrales and Molezún’s pavilion. This same element helped Antunes to articulate the room, which she divided and organised playing with different materials and structures. The constant equivalence between the pavilion and the Museum space, in addition to the direct reference to Maya Deren’s work, seen in the video that can also be viewed in the installation, seeks to create a link between the origins of the original idea of a museum of modern art in Spain in the 1950s – the germ of the Museo Reina Sofía – and other unique events that took place at the same time, forming a narrative from suggested and unrelated experiences and allusions. 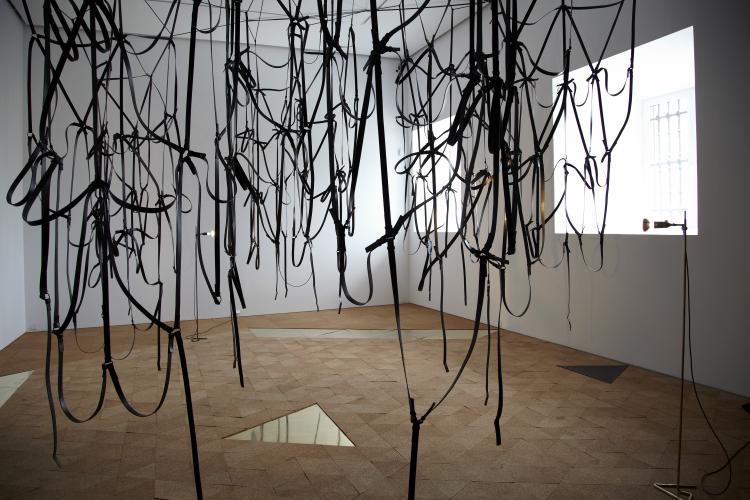 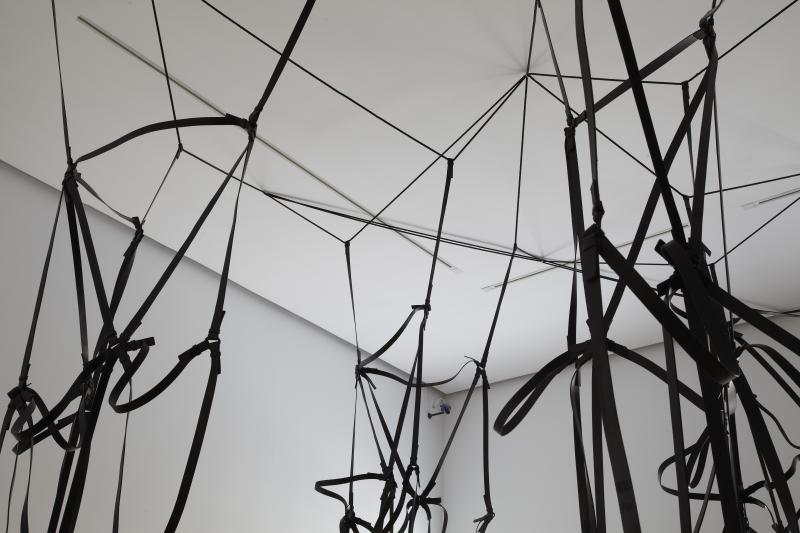 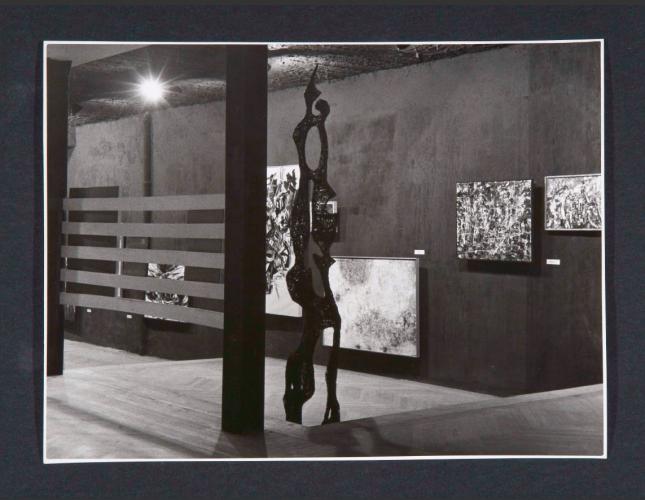 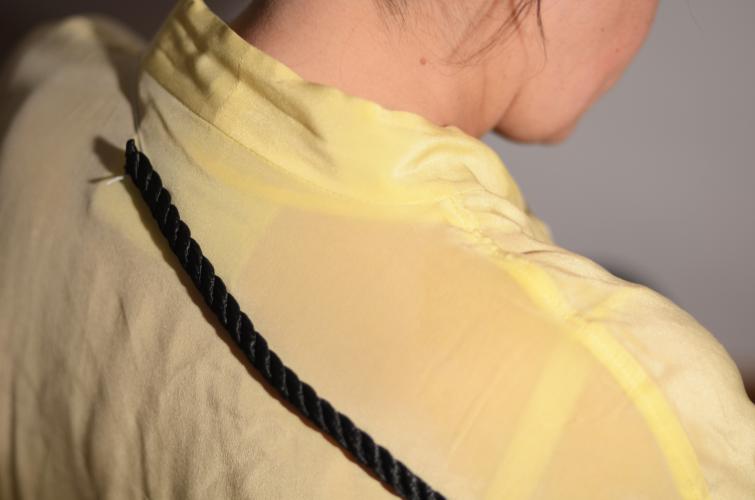 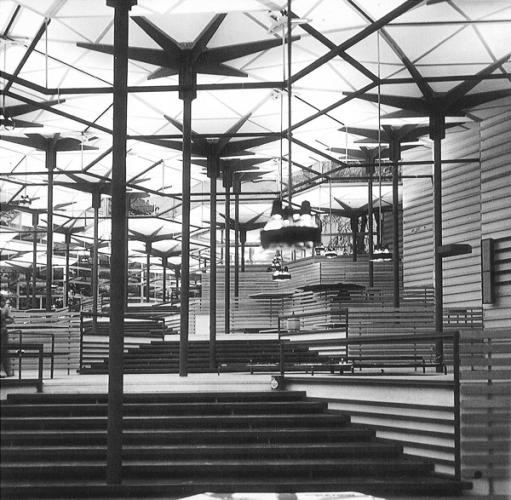 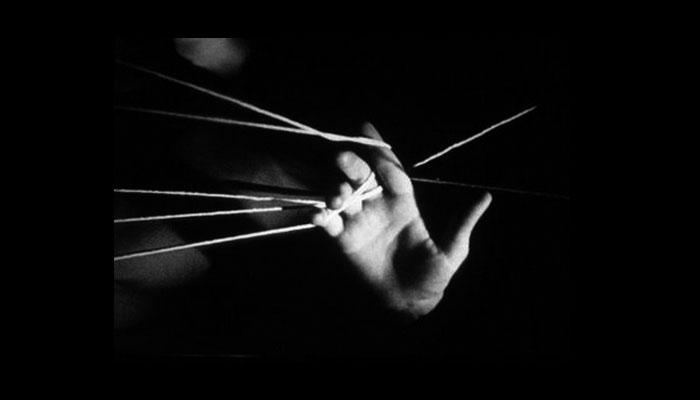 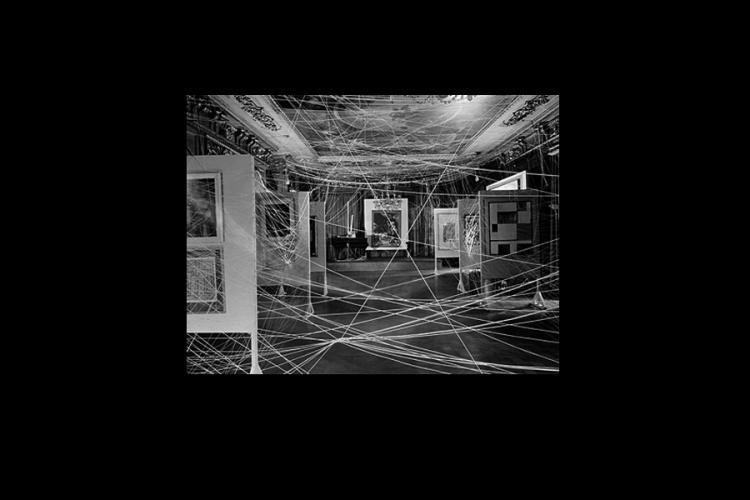 Exhibition view. Mile of String of Marcel Duchamp for the exhibition First Papers of Surrealism organized by André Breton in New York, 1942