During the 6th and 7th of July 2012, workers of the Museo Reina Sofía which they agreed to respond to in advance were asked the following question: In times of deep economic crisis like the one we’re living now, what can contemporary art offer?

It was previously explained to the participants that their answers would be anonymously published on the museum’s webpage. In the Spanish version of the audio file, the pitch of their voices has been processed with Auto-Tune - an effect that is commonly used in the musical industry - to conceal their gender or identity. Their answers were transcribed integrally, without editing or re-arranging the order of the content. The Spanish version of the text and its English translation can be downloaded as a pdf. For the English version of the audio file, a computer program reads the translated transcriptions. The pitch was processed once again in order to impede any gender recognition. By dealing specifically with the moment of presentation, the Spanish version loses originality and the English one becomes even more anonymous. The individual voices lose their connection with their roles within the institution and become a collective mass of opinions. However the listener can still perceive the complex and varied ideologies that one finds within the Museo Reina Sofía and also some of the problems and limitations that contemporary art has when responding to the economic crisis. 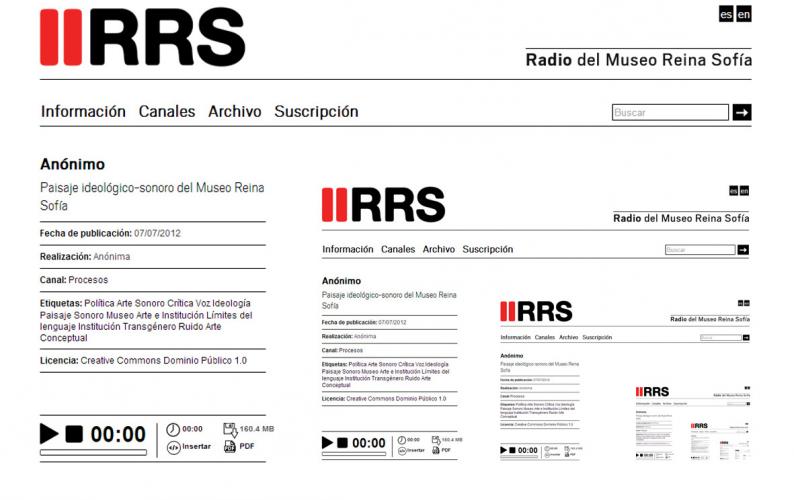