To/from the Second Spanish Republic, a seminar held in mid-April 2011, looked at the aesthetics of the 1930s around the last Spanish Republic, especially emphasising the influential role of urbanism and the mass media. The seminar, directed by Javier Pérez Segura, professor at the Universidad Complutense de Madrid, explored two principles which, in his words, prevailed over the aesthetic and political reality of the 30s: extreme individualism and the creation of a large state apparatus.

RRS. Museo Reina Sofía Radio held a conversation with the other participants in the seminar in an attempt to understand this policy of state representation from its contact with the victorious fascism of the time, in the words of Alina Navas. The conversation also touches on the importance of consumer goods and window displays as an aesthetic element in an emerging consumer society, according to Humberto Huergo. Finally, the architectural spatial framework that formed part of the futurist artistic avant-garde and window displays, which quite simply serve as the modern urban framework, are discussed.

This is perhaps the most noteworthy point of artistic modernity and therefore, the one that fosters greater debate. All in all, the conversation presents a group reflection on these studies as a whole in order to rethink the aesthetic, political and social dynamics of a foundational, decisive time in Spanish history, with the focal point being the Republic, a crucial time in terms of clarifying some of the paradoxes between art and the state and between artists and institutions that characterise the present. 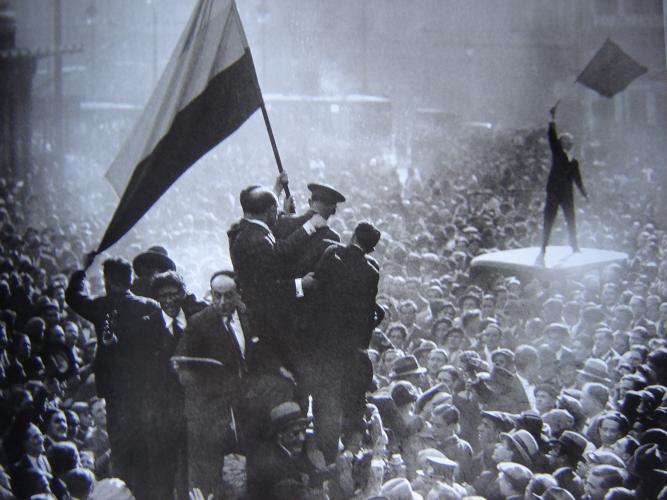 AAlfonso Sánchez Portela. Proclamation of the Second Republic of Spain, 1931 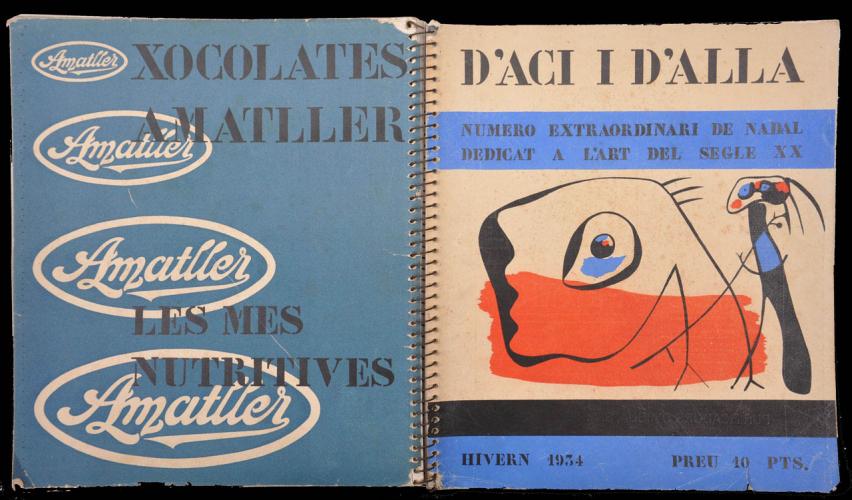