Daily objects, toys and antique materials are acoustically resonated in Ryoko Akama's performance as to create a situation relative to her, space, materials and audiences. Every movement by the objects must be generating some kinds of sound yet some are inaudible to our ears, depending on a scale and acoustics of the space itself. This is an intended phenomena that she is interested in the performance - hearing ‘almost nothing’ and seeing ‘almost nothing’. Seeing plays as an important part as listening in this experiential space. Contrarily, Akama thinks just a little differently in recording sessions with other performers. Particular objects that make only very quiet sound are usually neglected from her instrumentation choice as she then work with something more sonically strong. Here, the intension* is the sonic interaction and aural outcome.

But, Ryoko loves these automated objects with motors and magnets that deliver beautiful tiny noises. Therefore, this piece was produced in order to shine an especial spotlight on them. Surrounded by three closed-up overhead microphones, Akama played one after another. Occasionally, two or three objects are interacted and collaborated simultaneously. The author tried to record the aural observation of individual objects that are normally seen only in her concert. She would like you to imagine what those objects are that produce such intricate sounds. It is them who make music here.

Please listen to it at moderate volume. 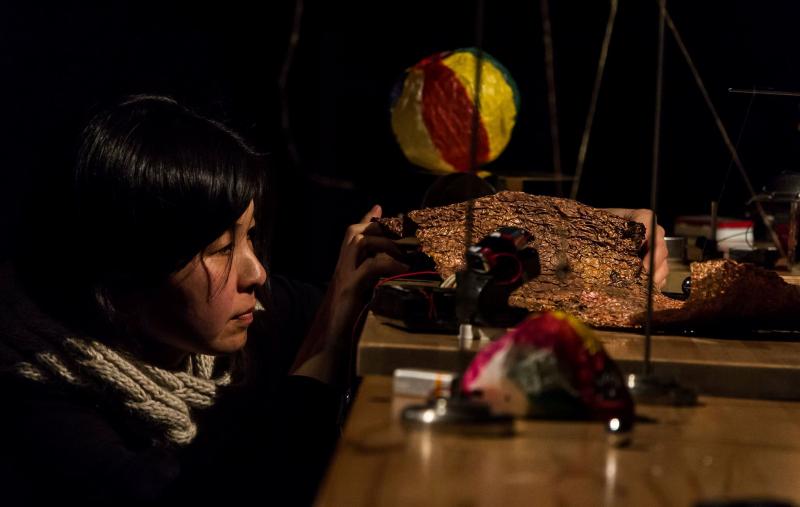 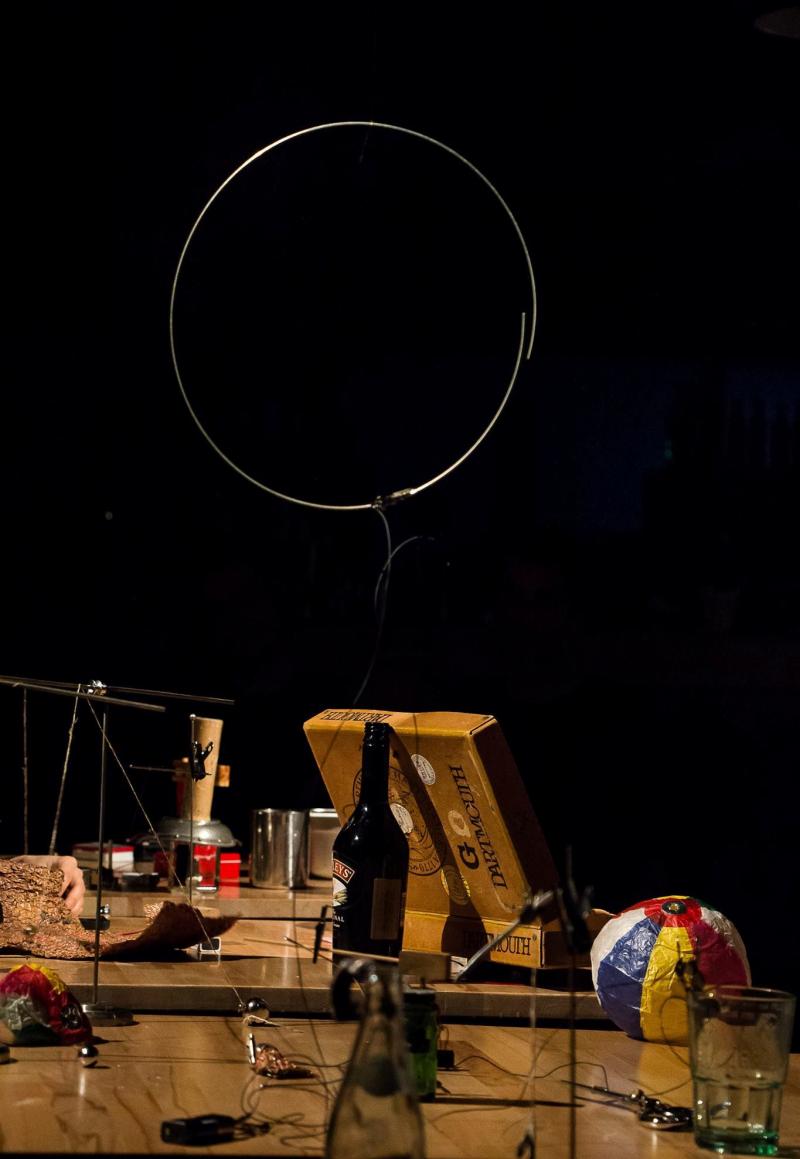