Time has fallen asleep in the afternoon sunshine is a project by performer and choreographer Mette Edvardsen which has been carried out in the Museo Reina Sofía on two separate occasions, in November 2020 and October 2021. This endeavour, part of the Live Arts programme curated by Isabel de Naverán, sees people from different countries memorise books they have selected previously. Thus, they contribute to the creation of a library of living books which, at stipulated times, are available to the public in the form of individual encounters from which to recite what has been learned to whomever asks.

The initiative dates back to 2010, when Edvardsen drew inspiration from different examples shared by learning texts as a defining element. On one side, dystopian fiction like Ray Bradbury’s Fahrenheit 451, the pages of which lend the activity its name, and also real experiences, on the other, such as Anna Ajmàtova’s memorisation of her own poems in an attempt to avoid censorship and political persecution.

This podcast offers an interview with Mette Edvardsen as she recounts the beginnings of Time has fallen asleep in the afternoon sunshine and the diversity of forms she has adopted across its development, which spans more than a decade. 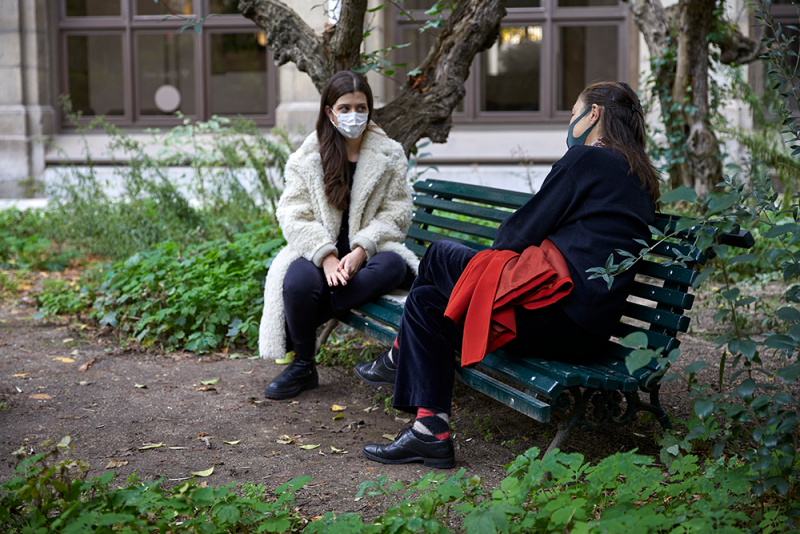