The exhibition To Be Continued by Maja Bajevic (Sarajevo, 1967), held at the Palacio de Cristal in Madrid’s Parque del Retiro, looks at the last 100 years of world history through the proliferation of political slogans. In this space with its singular architecture, which she herself compares to a sleeping beauty, the artist has conceived and executed three ephemeral installations that amplify various codes of alienation and disturbance acting on the slogans. Translations, melodies and games are applied to the classification of the slogans, noticeably altering their original messages (which the artist has also arranged in an archive that can be consulted at the exhibition).

The sound installation, the steam machine – which only functions when the space is closed to the public – and a performance in which a soprano intones some of these slogans are transitory events that resound throughout the Palacio de Cristal. The space is physically dominated by a large slide that intensifies the playful character that the artist wants to imprint on the exhibition as a whole. This piece of recreational equipment allows the work to be approached in different ways: from the carefree participation of the children nervously throwing themselves down the slide to the more inquisitive viewer walking amidst the camouflaged footprints of recent history, looking, reading and listening.

The sound heard in the background of the podcast comes from one of the performances done at the Palacio de Cristal last May. 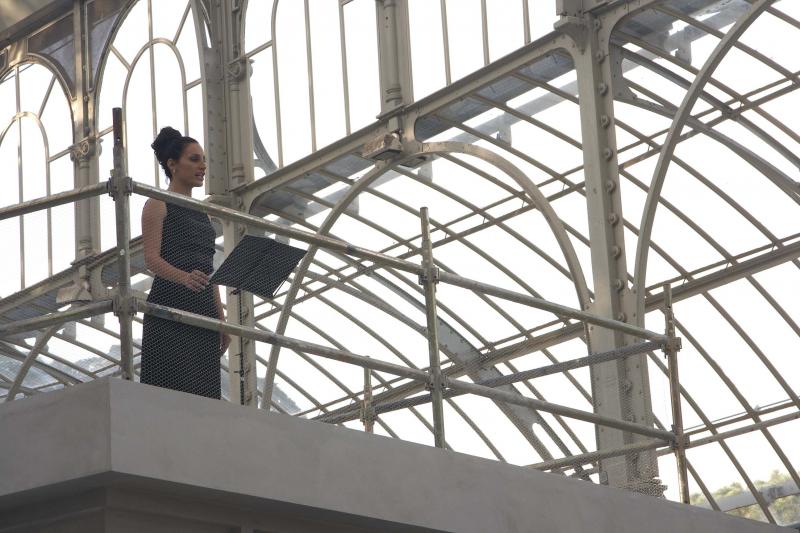 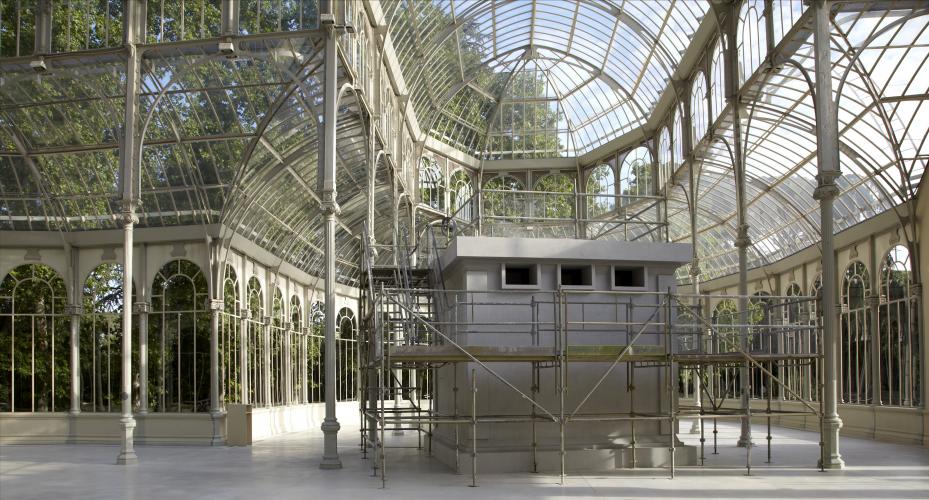 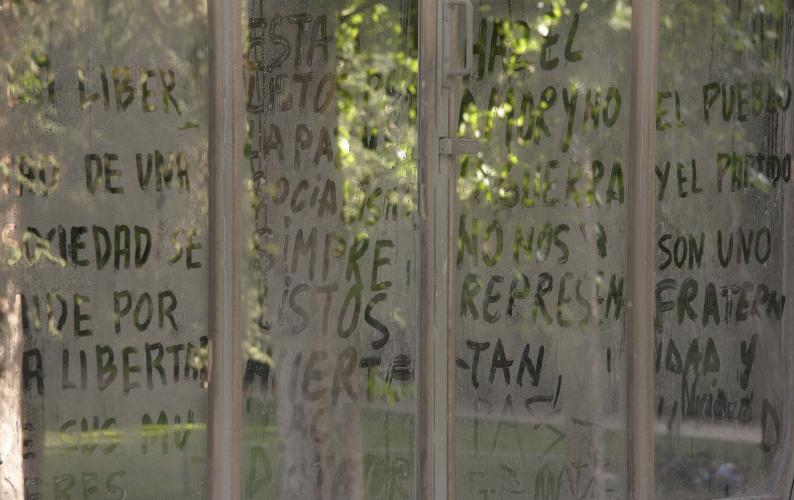 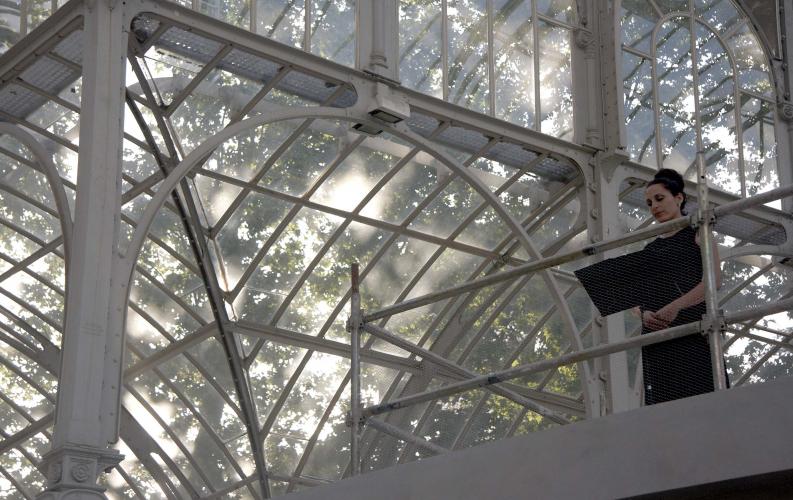 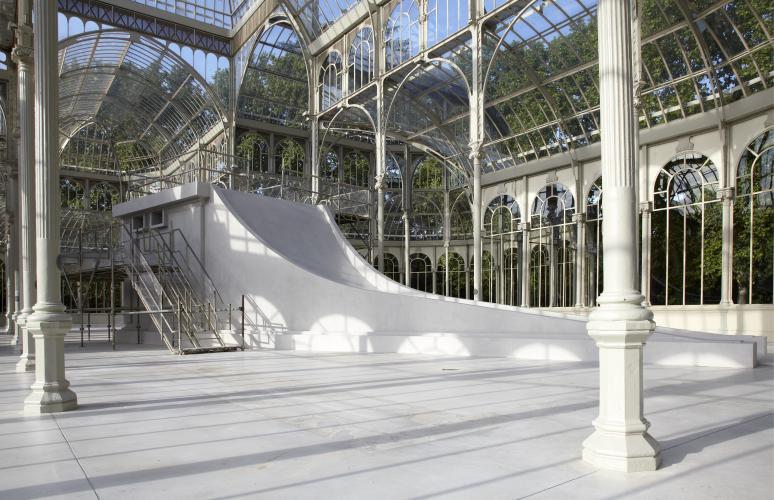