For many, 14 November 2018 constituted a chance to encounter a luminary and icon of contemporary creation. A few days before, tickets to Laurie Anderson’s performance, framed inside the RIZOMA festival, in the Museo Reina Sofía had sold out in a matter of minutes. Subsequently, before an eager and expectant audience, Laurie Anderson (Illinois, 1947) appeared on stage to present All the Things I Lost in the Flood, thus activating the book under the same name the artist published in early 2018.

The performance, although directly linked to the works, instruments and other personal objects the artist lost after Hurricane Sandy hit New York, steered away from becoming an act of nostalgia. Rather, it led the audience towards a fluid narrative, almost two hours in length, which was guided by the unmistakeable sensuality of Anderson’s voice, modulated on stage by a language intoned with greater gravity or calm, yet always with the ability to gather some of the many anecdotes, stories and accounts accompanying four decades of artistic output.

Through the RIZOMA festival, RRS had the chance to speak to Laurie Anderson at her hotel in central Madrid. Like the performance, the interview was over far too soon; however, it did leave us with some interesting reflections with which to continue contemplating the work and career of this indispensable artist. 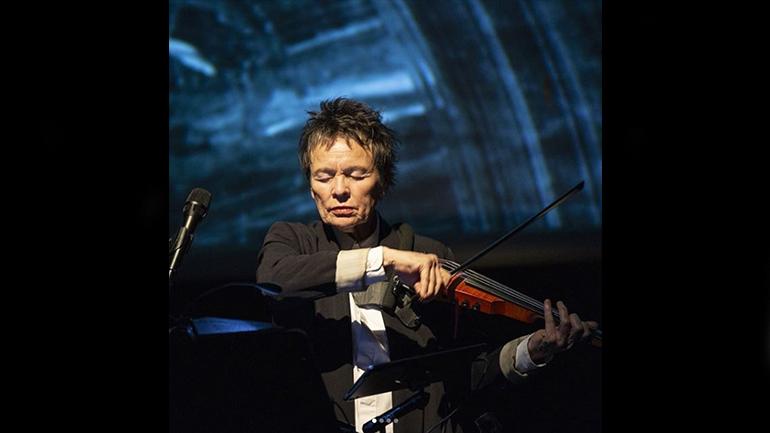