A sound object is a sound unit detached from its causes. This theoretical principle of the phenomenology of sound, first put forward by Pierre Schaeffer in 1966, forms the basis of Franciso López’ theoretical discourse, a principle by which he has been defined over the years, taking a position on sound art that opposes the ideas derived from John Cage.

Untitled #223, presented in one of the service conduits in the Museo Reina Sofía’s Nouvel Building, also demonstrated two more basic principles of immersive sound art. The first is that sound is not related to space, but rather it is space, and it therefore does not represent space using a linguistic codification in the way of images, but must represent it using materials from the space containing it. This principle explains his opposition to staging and to the visual tricks that sustain the element of spectacle in art and its management. His text, ‘Against the Stage’ provides a good summary of this trend and what it means for music and art.

The second principle is that as the material of its own representation, it is dark and blind. He has expressed this several times in other installations and performances, where he has applied a reverse staging, handing out black blindfolds that predispose and direct the listener to a specific, controlled situation. In this way, the work is defined as acousmatic, thus returning to Schaeffer’s theory.

Untitled #223, like Francisco López’ other works, also proposes that listening be done with the body, a way of perceiving space that makes it possible to, among other things, surpass the limits of hearing, between 20 and 20000 Hz, and touch the object through the vibrating plate containing the installation. 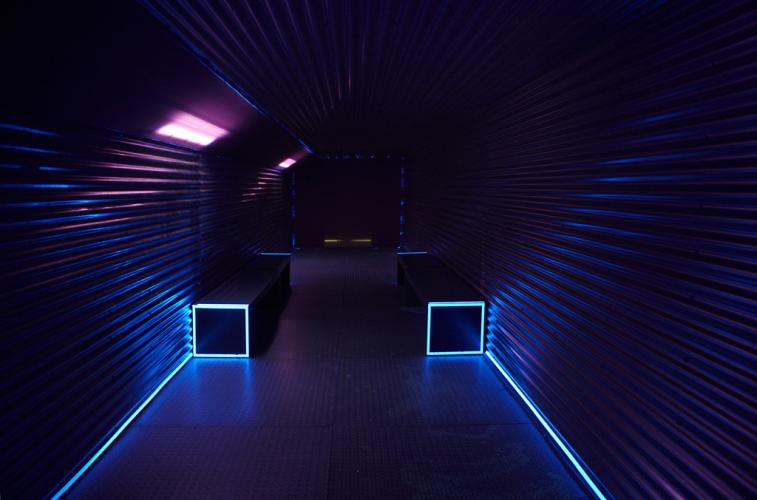 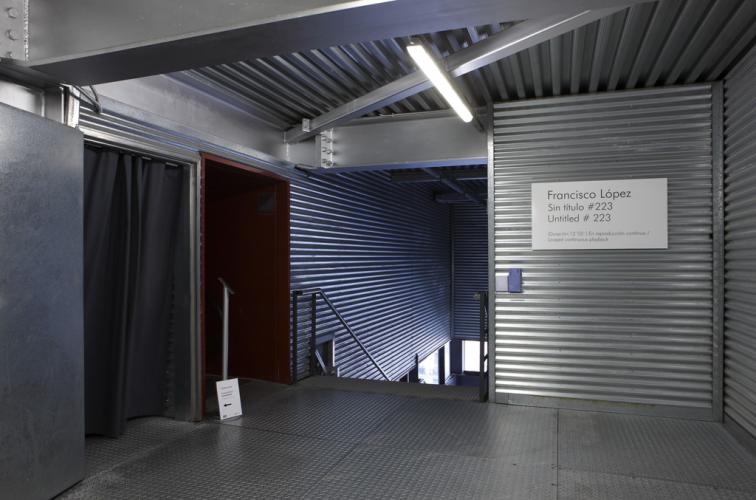