What is a state? This is a question that Eric Baudelaire (Salt Lake City, 1973) has been posing for more than a decade, particularly after his first trip to Abkhazia in 2000. It was there that he discovered he wanted to be an artist, and also how exercising the right to self-determination was not enough for it to become an independent state given that, regardless of its separation from Georgia in 1992, this small republic was still not recognised by a large part of the international community. Abkhazia is also the setting for his latest film Letters to Max (2014), presented in April 2015 as part of the framework Intervalos, a programme the Museo Reina Sofía devotes to the dissemination of work that explores new directions of contemporary audiovisual terrain.

Letters to Max was initially devised as a Mail Art piece, a series of letters Baudelaire wrote to his friend Maxim Gvindjia, a former minister of foreign affairs for Abkhazia, in the assumption that they would never reach their intended recipient due to the condition of Abkhazia as an unrecognised state. Ultimately, this epistolary production would become a film which, despite standing alone, forms part of The Secession Sessions, a project in which Baudelaire aimed, using a series of different devices – the aforementioned film and also at times the possibility of interviewing Gvindjia in the capacity of Abkhazia ambassador – to offer a space for gaining awareness about the meaning of a state and why we continue to organise our existence around it, without forgetting the delicate question on the subjectivity of the experience it is rooted in. By employing the uniqueness of Abkhazia as a starting point for such a reflection, as already indicated by Baudelaire, it could be the exception that proves the rule.

Letters to Max is part of the artwork The Secession Sessions, recently acquired by Museo Reina Sofía in ARCO 2015. The film was screened as part of Intervalos, a film programme showing contemporary audiovisual works, Museo's own productions and works that, between the performative and the cinematic, show the new directions of the moving image. 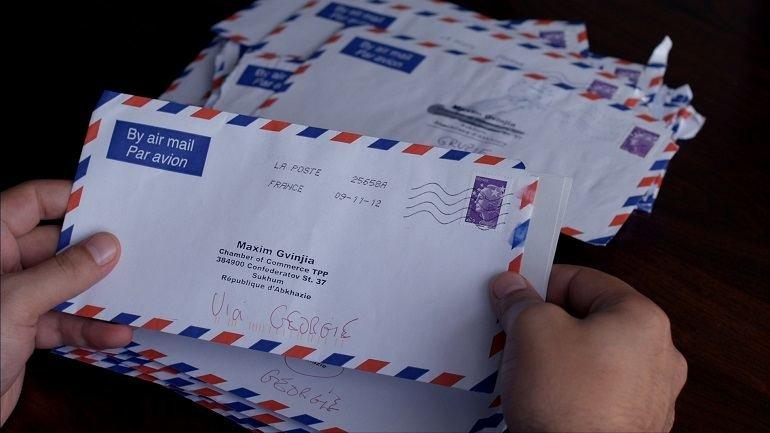