In June 2016, Niño de Elche and Los Voluble performed the audiovisual piece En el nombre de (In the Name of) at the Sónar Festival. After getting back into the studio and working on the same subject matter a year on to construct a new piece, Niño del Elche and Los Voluble return to the same materials they used to produce the live performance, reinterpreting them as a B-side.

Over the past two years, the artists have explored different archives, collections, lectures and materials arranged loosely on migration, borders and queer practices, their research materialising into a form of anarchive, in the same vein as the trans*cuir activist from the south, Duen Xara Sacchi, when in June 2016 he wrote about the Equipo re:’s  Anarchivo SIDA (AIDS Anarchive).

An anarchive is an anarchist archive by definition, an archive which erupts, made from snippets, a queer archive, oddities; an archive of shame, the closet, exhibition, infection, (…), an archive of different forms of grief, an archive on how blood, semen and skin, sovereign disciplinary organs, have shaped policies, hegemonic identity resistance and Western dissidents.

Niño de Elche and Los Voluble have propounded, considered and jointly made audiovisual shows since 2015, for instance Raverdial (Raver Dial) and En el nombre de (In the Name of). Therefore, their commission for RRS Radio, the Museo Reina Sofía radio station, is not simply a podcast; it takes up a space on the museum’s website as an audiovisual and archive piece.

The work is split into two episodes. The first is a sound piece recorded and edited with texts and songs which made up the work performed at Sónar, and which have been recovered for the occasion. It includes solos using a modular synth, a foghorn, an air horn and a rattle, in addition to takes from recitals performed with Raúl Cantizano and Pablo Peña in 2016 at El Establo in Seville. Other latent materials also come to the fore, such as the voices and interviews of Ocaña, Abu Ali and Helena Maleno.

The second, video-edited episode, focuses in on audiovisual materials which form part of the artists’ anarchive. Normally video, as in the usual practices of live video art, is contingent upon the accompanying melodies, rhythms and voices of the rest of the group. Television (the YouTube channels of Frontex and the Guardia Civil [Spain’s Military Police]) do the same: record images so the talking head is the one that explains the content; voiceover doesn’t enable us to listen to or think about these images.

This is the raison d’être of this B-side, in which Niño de Elche and Los Voluble shine a light on the soundscape and raw material that was recorded to later fall into the background. Re-appropriated materials from the media, websites of different border police forces and intelligence agencies, along with unreleased images and sounds provided by documentalists and activists, scrape away the surface of official truth. 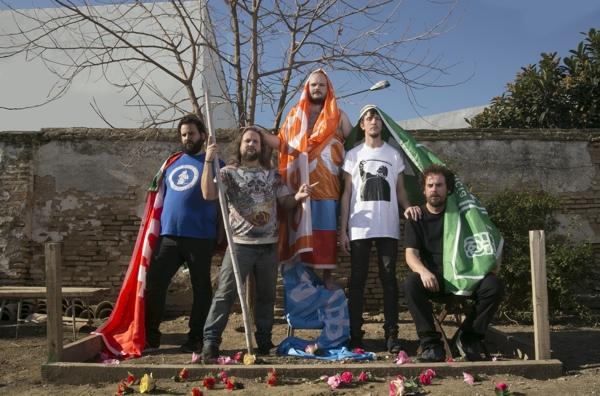 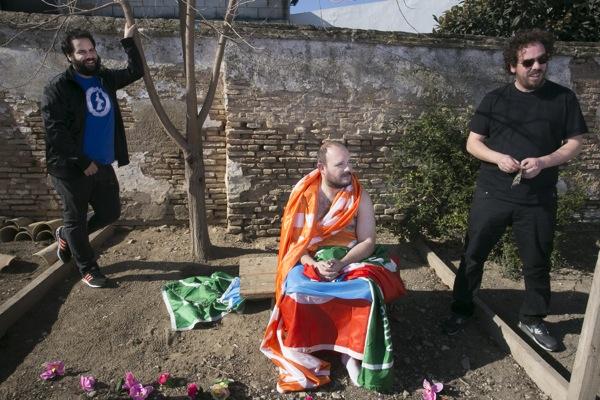