VEX is structured around composer Erik Satie’s original piano score Vexations. Taking certain notes from the piece and placing them in a scordatura formulated by tuning partials from the harmonic series and open guitar strings, VEX unfolds through sequences of repeated chords, lines of harmonics and notes made without airs and graces. Thus, repetition seeks to grant relevance both to what is produced, or could be produced, as a process, and to the person performing: the repetition changes, transforms; the person playing tires, meaning it is never truly repeated, never sounds the same. The piece was recorded in July 2017 in Santiago de Chile and was mastered by guitarist Elliot Simpson in The Hague (Netherlands).

Cristián Alvear (Osorno, Chile, 1979) performs and records contemporary and experimental music. He curates the Relincha Festival in Valdivia and, alongside Santiago Astaburuaga, directs LOTE, an ensemble which focuses purely on producing experimental music scores. From 2000 to the present, he has performed concerts and recitals in venues and at festivals in Chile, Switzerland, Japan, France, Poland, Mexico and England, and his work has been released on specialist labels in Germany, the USA, England, France, Mexico, Canada, Portugal and Austria. Moreover, at the time of writing, he is preparing a tour around Taiwan, South Korea and Japan. 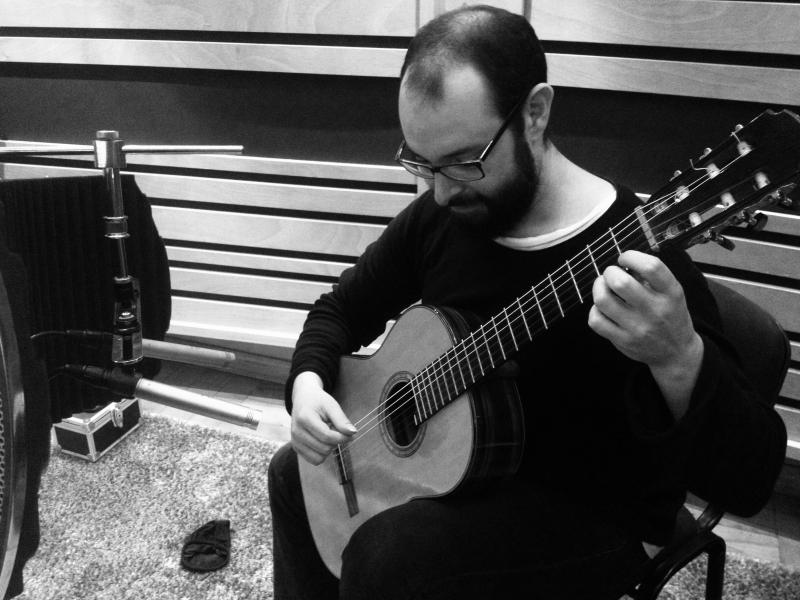