Since Fall 2018, Bill Dietz & Hong-Kai Wang have been engaged in an iterative investigation into the relations between song, labor, and value. "Literacy of Throat," the first iteration, presented in cooperation with the late artist Chris Mann at Triangle Arts Association in New York City, took the form of a tripartite "meeting" in which the artists facilitated the oral transmission of audio documents in a series of lecture-performances. "Singing is what makes work possible," the second iteration, was a month-long exhibition anchored at Remote Viewing in Philadelphia (extending beyond the gallery onto street corners, a restaurant, and a community center), in which weekly thematic foci and attendant audio documents were rehearsed in cooperation with a series of guest specialists.

Beyond the modern didactic sense of the word, the etymology of “syllabus” retains echoes of “bringing together” and “gathering.” Listening toward that form of “gathering,” Dietz & Wang have prepared a multi-modal syllabus for Radio Reina Sofía that invites readers & listeners to join them in study from home or other domestic settings. Taking advantage of Radio Reina Sofía’s web-based interface, Dietz & Wang’s contribution includes a playlist of audio excerpts from their 2019 rehearsals, a selection of textual, audio-visual, and spatial references for further exploration, two prose scores, and a digital publication entitled, "靡靡之音  / With a sound of no substance." This constellation of materials continues the disjunctive trajectory of the series, building on and incorporating materials from the first two iterations, and building toward the next instance in the artists’ ongoing inquiry.

The Difference Aesthetics Makes: On the Humanities “After Man” by Kandice Chuh (Duke University Press, 2019)

Why Suyá Sing: A Musical Anthology of Amazonian People by Anthony Seeger (University of Illinois Press, 1994)

“Victory is created by both hands” in Taiwanese, Cantonese, & Mandarin

Born in Huwei, Taiwan, Hong-Kai Wang’s research-based practice confronts the politics of knowledges lost in colonial and diasporic encounters at the intersection of lived experience, power, and “listening.” Through experimental modes of sonic sociality, her multidisciplinary work seeks to conceive of other time-spaces that critically interweave the production of desire, histories of labor, economies of co-habitation, and formations of knowledge. Wang has presented her practice internationally at Asia Art Biennial 2019, Theater Commons Tokyo 2019, Sculpture Center New York, documenta 14, Taipei Biennial 2016, Liquid Architecture, Museum of Modern Art New York among others.

Bill Dietz is a composer and writer, born in Bisbee, Arizona. His work on the genealogy of the concert and the performance of listening has brought him to festivals such as MaerzMusik and the Donaueschingen Festival, museums such as the Brooklyn Museum, the Stedelijk Museum, and Kunsthalle Wilhelmshaven, and into publications such as Performance Research, boundary 2, Blank Forms, and MusikTexte. Dietz’s large-scale public works have been realised in sites such as Le Corbusier’s Cité Radieuse in Marseille, the Bauhaus-Archiv in Berlin, and along the entire city block of Im Stavenhof in Cologne. Since 2012, he has been co-chair of Music/Sound at the Milton Avery Graduate School of the Arts at Bard College.

The authors welcome feedback at siwmwp4ever@gmail.com. 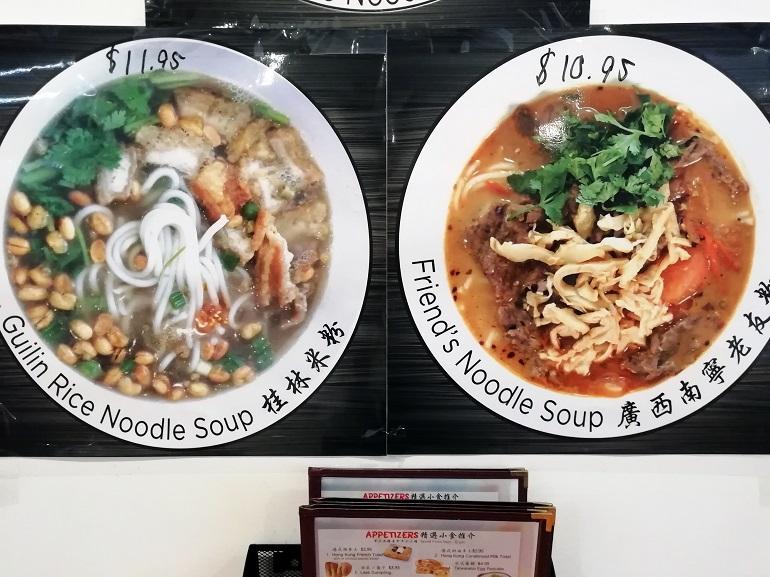 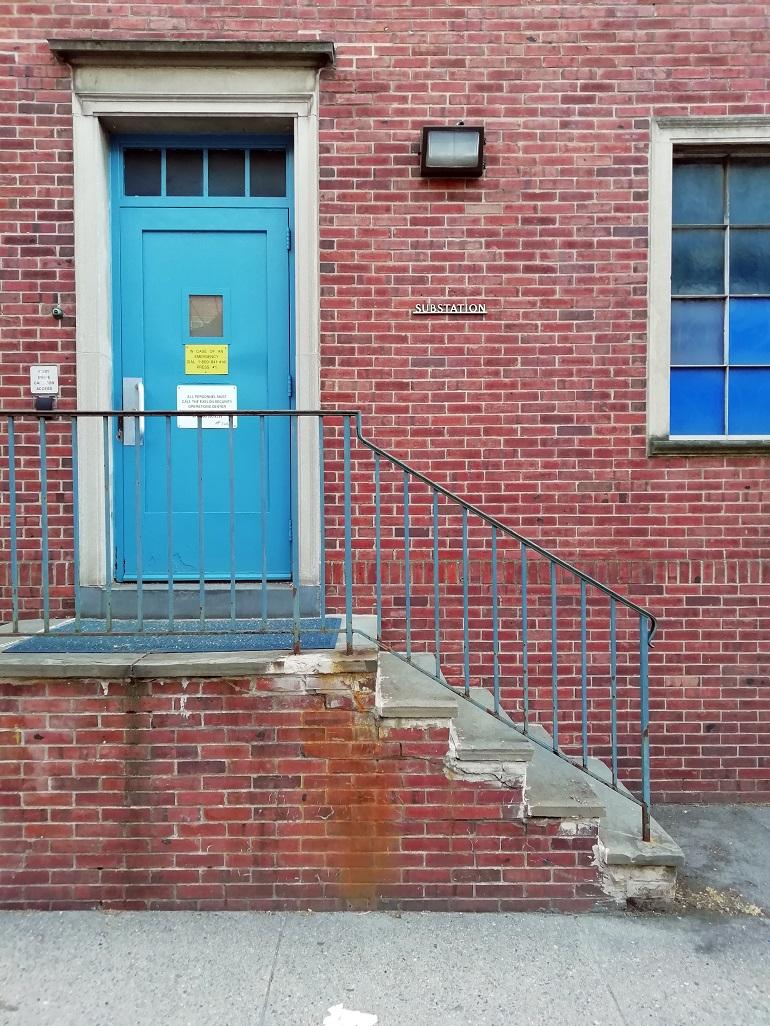 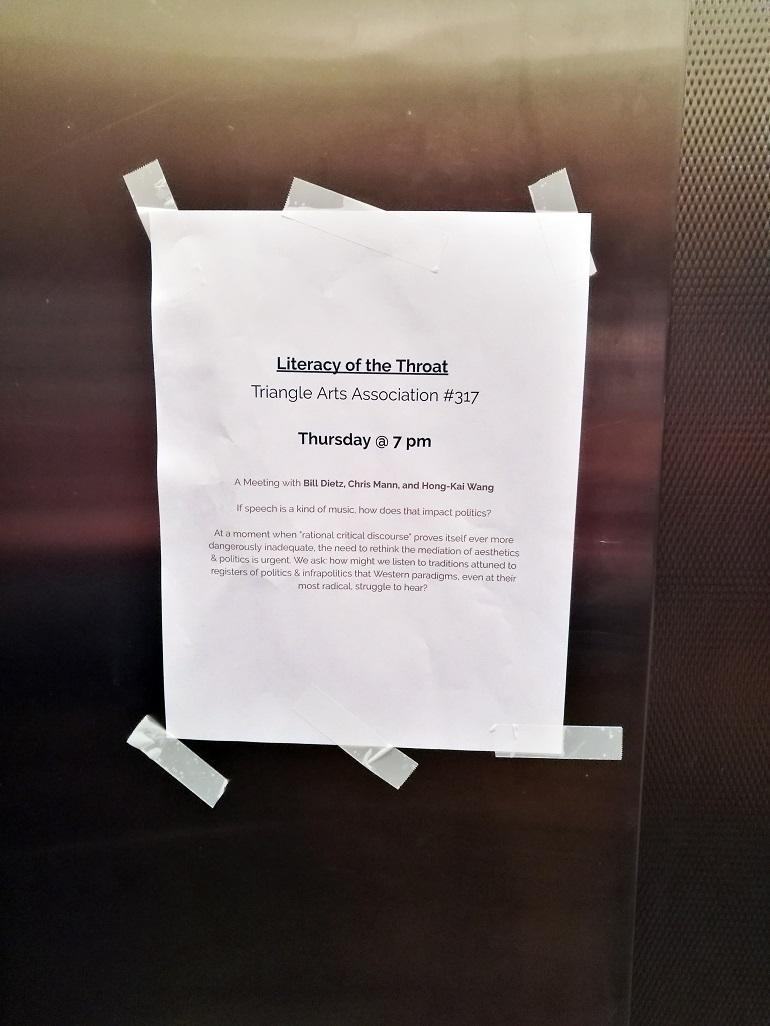 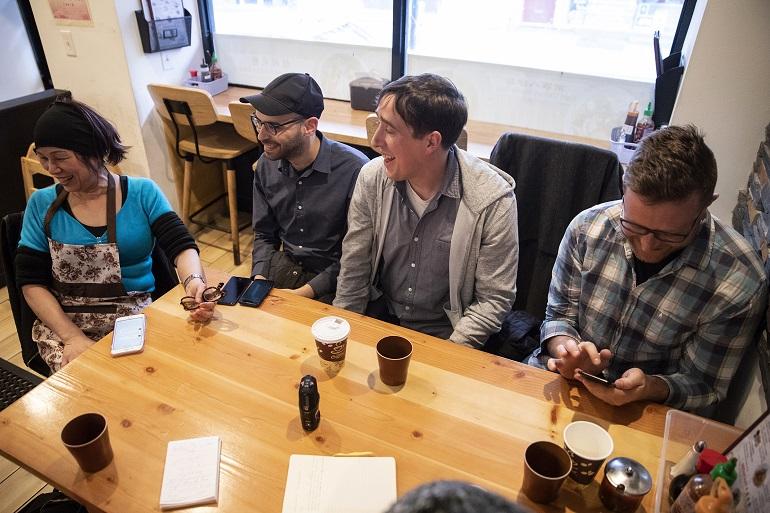 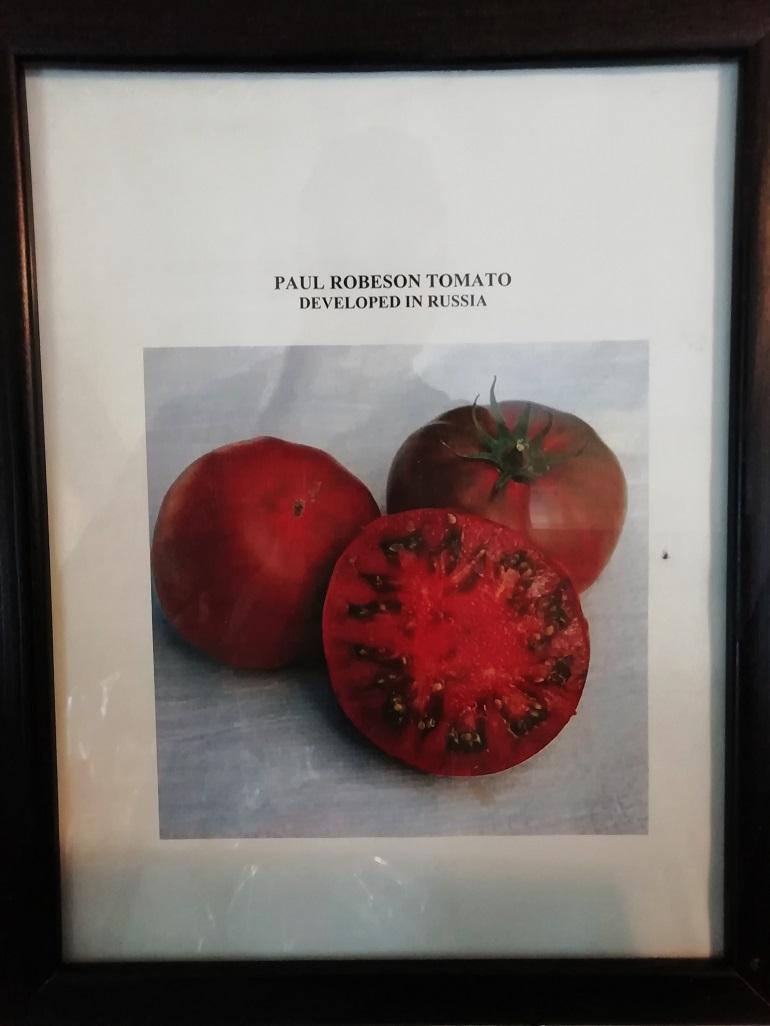 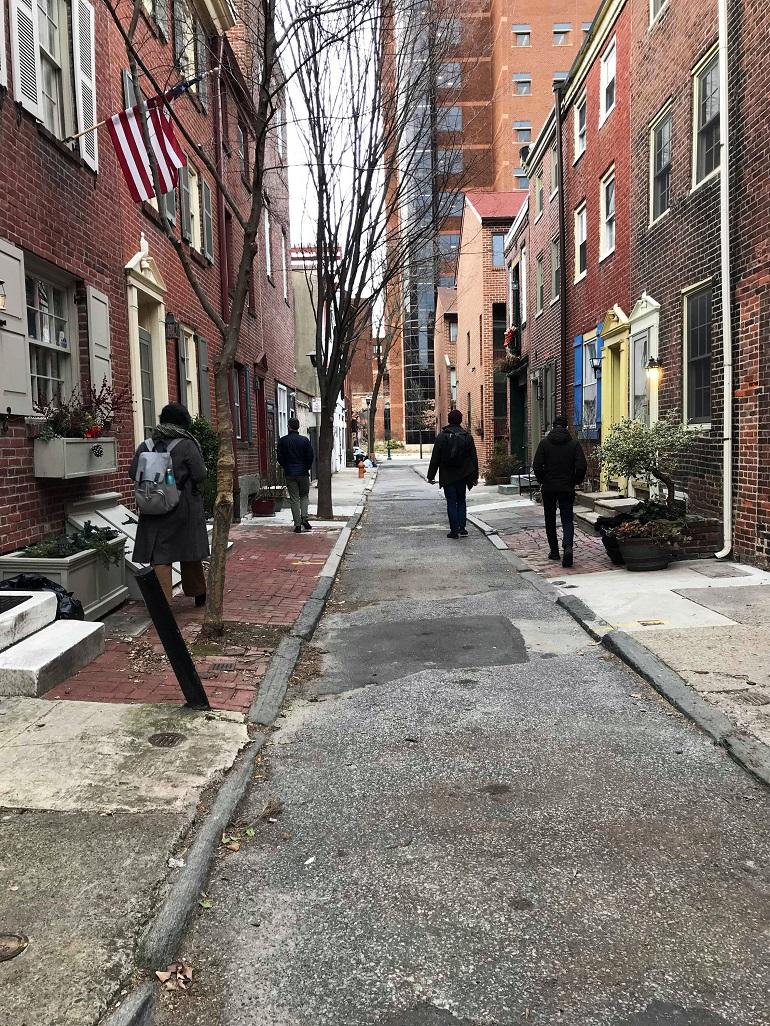 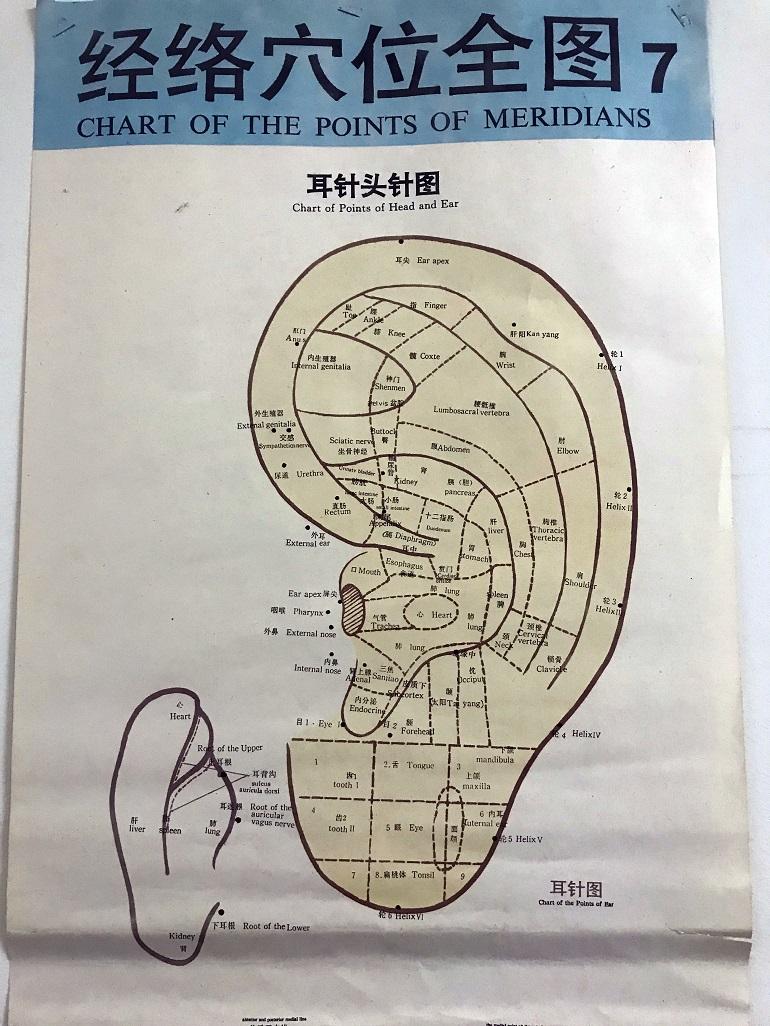 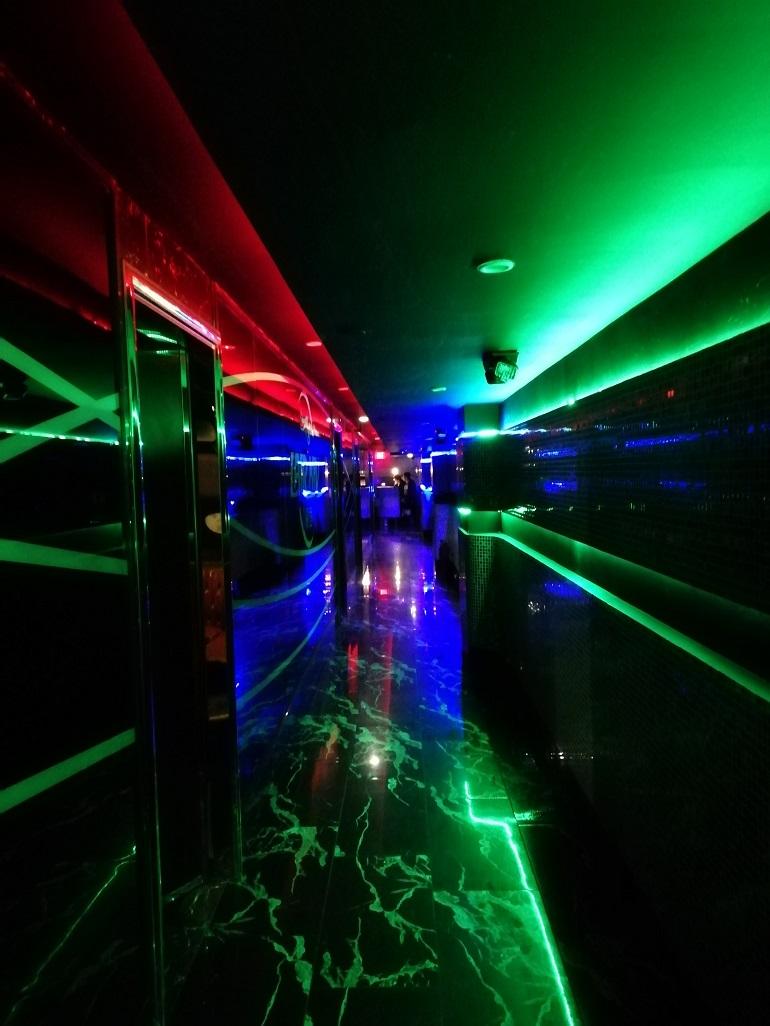 "Literacy of Throat" in New York and “Singing is what makes work possible” in Philadelphia were made possible with the generous support of the Ministry of Culture Taiwan and Taipei Cultural Center in New York.