New York in the second half of the 1970s, in addition to being one of the key places during the emergence of punk rock, gave rise, in the aftermath of punk, to such innovative and ephemeral manifestations as the No Wave. The No Wave phenomenon is a paradigmatic case of what could be called Art Rock, if we take this term to mean all the different expressions that linked musicians and non-musicians – to use a term that Brian Eno liked – with places traditionally associated with the production and exhibition of contemporary art.

In the context of Minimal Resistance this podcast takes listeners on a kind of journey through enclaves such as The Kitchen, the Artists Space and White Columns. The aim is to reveal how post-punk dissonance made use of these scenarios, seemingly unrelated to music, while generating a whole series of proposals that ended up redefining the concept of rock. The result was the opening of new routes for experimentation, routes that finally left behind the constrictions against which the earliest punk bands had begun to struggle. Our idea is to explore the genesis of New York noise, paying special attention to pioneers such as Suicide but also to the bands included in the foundational album No New York, although without forgetting individuals who were at the time somewhat overshadowed, such as Rhys Chatham or Glenn Branca. All of them took part in a period about which many agree: what was happening on the musical scene was as at least as interesting, if not more so, than its counterpart in the visual arts. 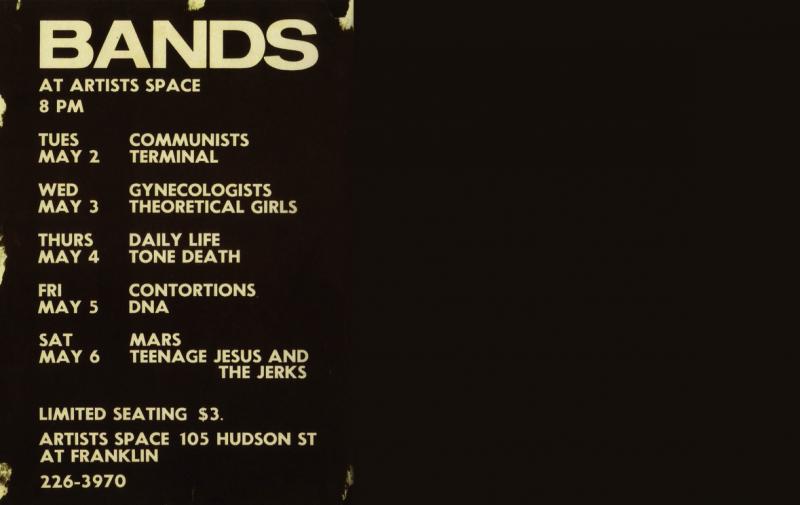 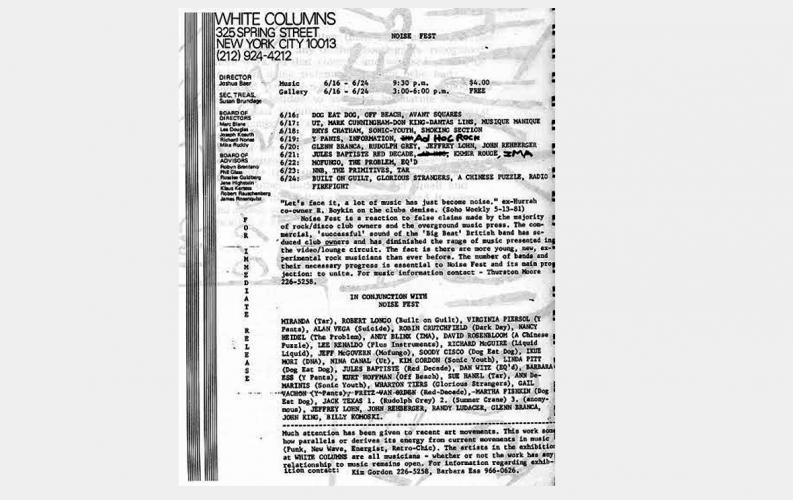 Poster: Noise Fest at White Columns [Also in the Sensational Fix catalogue that is in the library]